“Donald Trump can fool a lot of people, but you can’t fool Mother Nature.” Jacob Scherr, an attorney who is the former director of the international climate program at the Natural Resources Defense Council, 3 October 2016.

Climate change is complex. Within the scientific community, there is a broad consensus about its reality and cause, but experts hold a range of opinions about its impacts and how to address it. As any public scientist can tell you, it is hard to articulate a simple and compelling description of how the change of a few hundred parts per million of a trace gas can lead to potentially catastrophic consequences. Although complex in its interactions with natural systems, it is broadly correct to say that climate change presently amplifies the ongoing disruption of the biosphere driven by the forces of habitat destruction and extractive use of natural resources. By midcentury and beyond it will increasingly be a primary driver of the global transformation of ecosystems. The changes ensuing over this and coming centuries will be tectonic, but this message of scientific complexity and consequences does not play well in Peoria. Once again, the US political process has not made understanding this most critical of issues a prerequisite for the job of president. END_OF_DOCUMENT_TOKEN_TO_BE_REPLACED

For The Natural Resources Council of Maine

“Listen, I’m not qualified to debate the science over climate change,” Speaker of the House, John Boehner (R-OH) 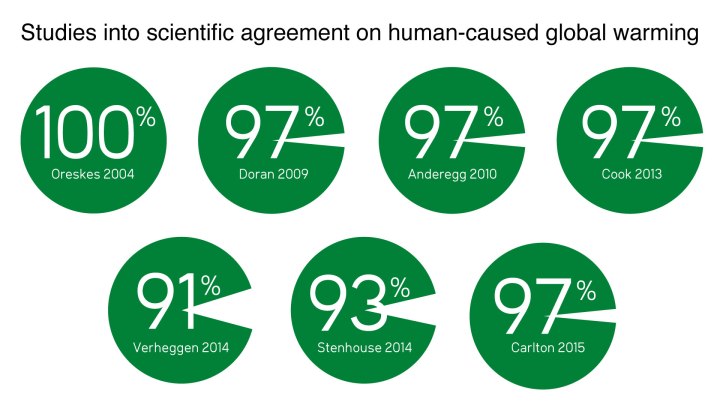 Update:  Inside Climate News has profiled my experience with Soon here.

I attended a conference billed as a forum for scientists in Boise in 2010, in which the panelists – and one in particular – delivered angry, polemic, nonscientific arguments against climate change. It was nauseating to watch one notable scientist cherry-pick data from short time frames and small geographic areas to try and debunk centuries of global data showing a rise in global temperatures.

At one point, the scientist, Dr. Wei­Hock “Willie” Soon, claimed rising acidification of ocean water would lead to larger shells and bulkier weights for lobster and crab populations. END_OF_DOCUMENT_TOKEN_TO_BE_REPLACED

This was originally posted on 20.02.2011 and it describes events that occurred in March 2007.  It was written a few months after the events.  I post it again here because recent events make it clear that the political circus remains alive and well.  It is as germane today as it was when it was written.

“If one judged solely by recent [U.S.] media coverage, one would think that the deniers have a point.  In an embarrassing display of political gullibility and scientific illiteracy, news organizations have repeatedly played into the deniers’ hands: by implicitly endorsing the deniers’ unfounded accusations of fraud against scientists whose emails were stolen, by portraying a single error within a thousand page report by the Intergovernmental Panel on Climate Change as reason to question the entirety of mainstream climate science, and then by abandoning the climate story over the past twelve months, even as mainstream scientists were turning out one landmark study after another clarifying the extreme peril facing civilization.” – Mark Hertsgaard in Politico

The following is my amateur attempt at literary journalism.  This was written a few months after the events described in an effort to purge myself of toxins acquired through my work. The IPCC Fourth Assessment Report had been published in February 2007, and the events described below occurred in March, early in my tenure as science advisor to the Florida state commission on sustainability.  My little story is a very minor saga in the climate wars, but I offer it here for whatever instruction it may provide.  END_OF_DOCUMENT_TOKEN_TO_BE_REPLACED 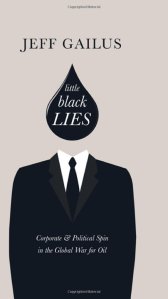 Over the last year pundits and advocates on both sides of the controversy have made claims and counter claims about the ongoing damage to the Alberta ecology and the greenhouse gas contribution resulting from the ever accelerating mining of the tar sands.   A recently published short book by Jeff Gailus provides a comprehensive review of the facts and politics surrounding this arguably very dirty source of oil.  Gailus takes the reader through all of the high profile publications and editorials relevant to the tar sands and the Keystone XL pipeline.   He details the factual errors and hyperbole emanating from proponents and opponents.  To be sure, the corporations and governments responsible for creating this ecological disaster have committed the most egregious distortions of the science.  However, the environmental camp is guilty of it own hyperbole in an effort to affectively engage the public.  Not surprisingly, industry and government have loudly cried fowl at the marketing tactics employed by environmental advocates, while giving themselves a pass on their numerous misrepresentations of the facts.  The Alberta government website on the tar sands is a study in propaganda at its best. Gailus does an excellent job of taking the reader through each of the point-counterpoint arguments about the tar sands.  I recommend this book as the definitive source for accurate  information on this unfolding ecological disaster. END_OF_DOCUMENT_TOKEN_TO_BE_REPLACED