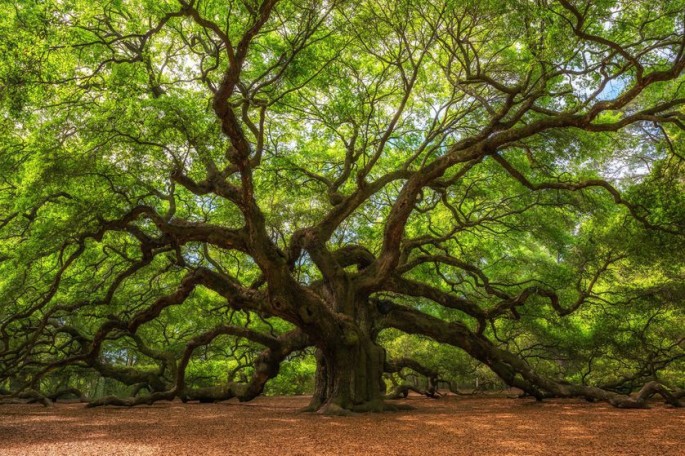 “….. a faltering economy has raised questions in the public’s mind about the value of a college education and every revenue stream upon which institutions of higher learning depend has come under pressure.” – Drew Faust, President of Harvard 2013

I recently helped to conduct a workshop for a group of faculty facing large program cuts at the University of Wisconsin Stevens Point. UWSP will eliminate 13 majors, including English, history, philosophy, art, sociology, political science, geology, geography, Spanish, German, and French. Layoffs of tenured faculty are unavoidable and imminent. To justify the cuts, system administrators cited large budget shortfalls and falling enrollment. My colleague and I brought current thinking on curriculum design and program development to help this coalition of the willing envision a future. The situation is dire and it is legitimate to ask why upper administration had not long ago taken steps to cushion the blow of downsizing.

These faculty demonstrated an emotional state that I have found to be increasingly common as many US institutions dismantle the foundation of traditional college education. They had the gift of desperation. Their intense focus on finding a solution was evidence of a newfound willingness to embrace change. After decades of resistance to change, faculty at many institutions have realized that salvaging the ideals of liberal education depends on their willingness to transform curricula, however reluctantly, to accommodate financial, political, and cultural realities.

Such brutal cuts are a continuance of a long term trend in defunding public higher education in response to shifting student demography and extreme competition within the industry. This situation is especially severe in public institutions in the Midwest and New England, where the pool of traditional students is shrinking. For most of these state systems, budget contractions have been ongoing for more than two decades. A third of US public institutions have cut their budgets for fiscal year 2018 (National Center for Education Statistics 2018).

Descriptors such as “challenging times” are inadequate in the context of the bloodletting that is underway as the industry restructures. The Great Depression was not a simple market correction, and similarly, the assault on higher education will have global effects lasting decades. The Wisconsin state university system is facing a demographic cliff in 2026 when the supply of traditional students will mostly run dry (i.e., white students from families with adequate means). Institutions such as UWSP that service rural communities are especially vulnerable. Although the excellent flagship universities in each state will continue to draw students from their respective regions and beyond, many smaller teaching-oriented institutions will not have adequate enrollment for sustainable operations as a full service university.

Simple math shows that a day of reckoning has arrived. With the exception of the South and West, higher education is overbuilt for the current pool of traditional students. Late in 2017, Moody’s Investor Services downgraded its rating of higher education from stable to negative. For many states, higher education is the largest single category of discretionary spending, making cuts inevitable as lawmakers maintain mandated services while avoiding politically untenable tax increases. For the first time in history, most public institutions received a majority of their funding from tuition during fiscal year 2018 (US Department of Education), reflecting a trend to transfer the funding of public education from the state to students and commercial interests.

In the scramble to maintain enrollment, institutions have emphasized programming for career outcomes. This is business-speak for training students for specific jobs and placement in targeted industries. The arts, humanities, and to some extent the social sciences, are deemed of limited value as universities forge a future through their applied programs. The number of institutions that identify as providing a liberal arts education has declined by at least 40 percent over the previous 40 years.

The humanities often have been sidelined or simply eliminated. In their place are applied skills courses focused on subjects such as technical writing, digital media, management, cybersecurity, geographic information systems, and marketing. These skills address current market demand, but as any employer can tell you, today’s graduates frequently lack adequate written, verbal, and quantitative literacy. Many of the graduates from the programs that I served at the University of Florida and University of Idaho could not write a cogent memo or business letter. These are exactly the kind of skills developed in the humanities and transferable to all disciplines.

The great irony is that there is no real shortage of college age students. As the supply of traditional white kids from families with the resources to help them attend college declines, the coming decade will see a surge in potential matriculates of color. There is little doubt that lecture hall seats can be filled by Hispanic, black, and nontraditional students of all stripes. The National Center for Educational Statistics projects that after 2030 minorities are expected to become the majority at US institutions.

At issue is who pays. Most students of color come from families with about a third lower annual income than those of traditional students. Our national burden of student loans now exceeds $1.4 trillion. Student loans are usury by design because interest rates are similar to that of commercial loans, creating an indentured class of workers who face decades of repayment. Students of any color may understandably refuse to take on such a burden.

Higher Education as a Public Trust

“That is the general task of the liberal arts college or university in our era, as I see it: to cultivate the humanity of students so that they are capable of relating to other human beings not through economic connections alone, but through a deeper and wider set of human understandings.” -Martha Nussbaum 2004

This situation is a far cry from the ideal of public higher education envisioned after WWII. During the second half of the 20th century, the US became a beacon for liberal education and research. Liberal education refers to “an approach to learning that empowers individuals and prepares them to deal with complexity, diversity, and change. It provides students with broad knowledge of the wider world (e.g. science, culture, and society) as well as in-depth study in a specific area of interest” (Association of American Colleges and Universities). These critical thinking skills are not acquired in vocational tracks. Typical of many, I learned the logical fallacies and how to critique current thinking from my freshman English professor (English will be eliminated at UWSP), not from my ecology professor (ecology was my major).

Higher education has long been considered a part of the ancient doctrine of the public trust. Since Roman times, the legal basis of the concept of public trust posits that certain functions are held in trust and operated by the government for the good of the people. Although the public still regards higher education as a public trust, it is clearly no longer funded as such. Regardless, state governments continue to be the fiduciary authority for public institutions even as they assume a severely reduced minority stake in their funding. The administration of such public-private partnerships is messy and often lacks forms of accountability and ethics mandated for services funded mostly by tax dollars. Conflicts of interest with corporate and private interests are manifold throughout the industry and this form of corruption threatens academic freedom and the free exchange of knowledge.

Big state universities are massive financial engines drawing resources from tuition, corporate sponsorship, philanthropy, intellectual property, investment management, athletics, and student services. Students and faculty are managed as financial assets and academic freedom is often de facto defined by a program’s ability to generate revenue. A terrific program that fails to generate adequate enrollment and research dollars is doomed. Return on investment drives the thinking of many higher education executives. The decisions of such administrations over the previous thirty years have facilitated the withdrawal of state support and the increasing corporatization of higher education.

Some may think that these changes are a positive development and long overdue. Politicians from both parties support the dubious notion that higher education should be run as a sustainable business enterprise. Many voters believe that the most important mission of higher education is to provide the workforce for the American economic juggernaut.

Wrong. The overarching mission of higher education is the maintenance and renewal of civilization. The humanities, arts, and social sciences provide the prosocial basis of citizenship. Liberal education is a foundation of democracy. Training for a vocation should be built upon a curriculum that supports understanding of the privileges and responsibilities of a member of society. When budgets are cut, the vocational tracks are afforded primacy because policy makers erroneously believe that the humanities are unimportant for a viable career. This shift in priorities is destructive of the very system that has brought so much prosperity to America. 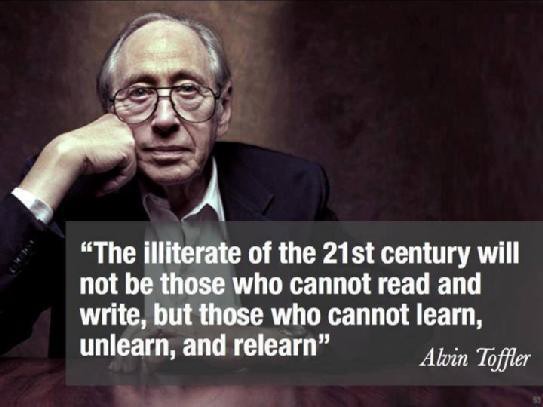 If you think of disciplines as organs, true interdisciplinarity is something like blood. It flows. It is a liquid. It is not contained. There is no inside and outside.
– Alice Gottlieb, professor of medicine and director, Clinical Research Center at the Robert Wood Johnson Medical School

The gift of desperation may overcome the notorious inertia of the academy and provide the impetus for a creative transformation that integrates the arts, humanities, and social sciences with majors in applied fields. As a constituency, faculty have been latecomers to this party. As they now grasp the gravity of the ongoing crisis in higher education, even very conservative faculty are beginning to consider solutions that involve major changes in program structure and delivery. Faculty across many disciplines are realizing that large-scale reform of curriculum is not just desirable, but necessary and unavoidable.

The halcyon years of higher learning are coming to an end for public institutions in the United States. Yes, major discoveries and breakthroughs will continue to emanate from our public research universities, but the vision of a liberal education has been decoupled from the perceived advantages of a college degree, perhaps permanently so. If higher education is a public trust, then it should be funded as such, but a return to the post war model of public funding will require major realignment of how universities manage their resources. Rather than hope for a return to better days, we should seize the opportunity to integrate the essentials of a liberal education into the career tracks that are in high demand. Although the identity of these careers will change, the crisis provides an opportunity to create a more effective college experience across all majors.

There is ample precedent for the creation of integrative programs, variously referred to as transdisciplinary or disciplinary convergence. Recognizing that deep integration of multiple fields is necessary to address our ongoing existential crisis, environmental scientists and ecologists have long emphasized the need for disciplinary convergence as an essential feature of curricula. The most effective environmental programs treat the humanities and social sciences as deeply embedded in a transdisciplinary education. Many environmental programs fall short of this ideal because they are hamstrung by internecine fighting for scraps of funding and baroque administrative structures.

Over my 40 plus year career, I have led or participated in the creation or renovation of several integrative environmental programs at three research intensive universities and at Unity College in Maine. Regardless of the anti-intellectual forces so characteristic of American politics, institutions have the power to implement meaningful change. I have little doubt that the methods and means exist to creatively preserve liberal education. It remains to be seen if administrations and faculty leaders will acknowledge the need and have the willingness to do so.