The consequences of things are not always proportionate to the apparent magnitude of those events that have produced them. – Charles Caleb Colton 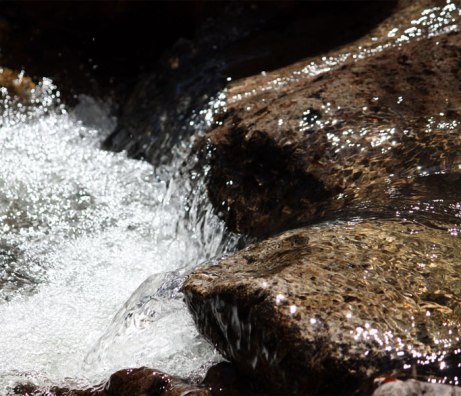 With each passing week the pages of the Science, Nature, the Proceedings of the National Academy, and many other leading scientific journals report the increasing gravity of the human situation. Every appropriately named national academy of science in the world and dozens of professional societies have agreed that it is urgent that we deal with the causes of climate change, yet it seems that we are too late to avoid serious consequences. To be sure, if we take strong action immediately, we can avoid the worst outcomes, which will mostly come in the second half of this century and beyond. Nevertheless, because of the physics of ocean heat transport it is unlikely or impossible that we will meet the 1.5˚C or even the 2˚C goals of the Paris climate accords. If we act decisively we stand a chance of keeping the global average warming below 2.5˚C or 3˚C relative to the preindustrial climate. This amount of warming will affect all life on Earth and transform all human affairs. We must accept that we will never again in any meaningful human timeframe have the climate of the 20th century. Because I have dedicated much of my professional life to keeping climate change within manageable limits, this reality has challenged my personal search for meaning.

Two recent papers deserve special attention because their dire implications lead to the conclusion that extreme shifts in the Earth’s climate and ecology may be imminent. The first is by James Hansen and 18 other authors of solid repute. They describe a cataclysmic shift in the climate set off by the effect of growing ice melt from Greenland and Antarctica. In this scenario, meltwater stabilizes the massive ocean currents in the North Atlantic and Southern Ocean, inducing amplifying feedbacks and further melting. As ice sheets disintegrate, they hypothesize that sea level will rise several meters in a rapid and approximately exponential response. They speculate that violent megastorms capable of hurling huge boulders will be a consequence of the extreme energy imbalance resulting from an initial 2˚C warming.

Although plausible, several scientists, including me, remain skeptical. Michael Mann (author of the Hockey Stick graph) notes that the volumes of melt required for this to occur are unrealistically extreme and the ocean transport of heat is not accounted for. In my view, the number of factors that must come together to support this scenario seem excessive, but Hansen has been right many times, so his synthesis of the evidence must be taken seriously.

The second paper is based on solid, reproducible science that requires considerably fewer assumptions about events in the distant past, and it is far scarier. This work shows with high certainty that carbon release rates during the current era have been far faster and, in terms of absolute quantity over a century, greater than in 66 million years. It likely that there is no known precedent for the carbon release of the industrial era. This puts us squarely in uncharted territory and implies that our assumptions about the rate of climate change could be dangerously wrong. During the Paleocene-Eocene Thermal Maximum (PETM) carbon release rates from natural but unknown sources were thought to be the highest in paleo history, but this work shows them to have been an order of magnitude slower than release rates of the present time. During the PETM, there was large scale ocean acidification and the Earth was at least 5˚C warmer overall. The authors’ understated clarity is chilling: “We suggest that such a ‘no-analogue’ state represents a fundamental challenge in constraining future climate projections. Also, future ecosystem disruptions are likely to exceed the relatively limited extinctions observed at the PETM.”

For the past 15 years I have found meaning in my career by educating students and the public about climate change and the associated deterioration of our life support systems. I have served this personal mission as a director of programs at two research-one universities, science advisor to state government in Florida, and president of Unity College, an environmental college in Maine. I have been a frequent interpreter of climate science at public venues. The most difficult aspect of this effort has been overcoming the barriers to acceptance of the science. Well funded and highly organized political forces have formed a bulwark of doubt about what has become the most validated science in the history of science. Policy makers have been slow to respond or even acknowledge that a problem exists. There can be no doubt that our lawmakers at the state and national level are in large measure responsive to corporate interests. In this climate of suspicion, any lay person’s opinion can carry the same weight as my 35 years of scholarship. Even with expert advice, complex scientific topics such as climate change can be exceedingly difficult to communicate.

Given the urgency of our situation, working in higher education can often seem surreal. Faculty, students, and less so, administrators, are aware of the crisis, but little meaningful action is underway to fulfill the academy’s opportunity and obligation to build the foundation of a sustainable civilization. Students have difficulty envisioning a future for themselves that is not grounded in the economy of their parents. Despite having been informed, and in many cases convinced that we have a problem, the millennial generation remains blissfully unable to embrace the reality of the wholesale transformation of the planet that will be in full swing in their lifetimes.

Nevertheless, many students are engaged in activism of various forms. In November 2012, I led Unity College to become the first in the nation to divest its small endowment from the top 200 fossil fuel companies. It is perhaps instructive that our students did not grasp the historic significance of this act, simply assuming that it was the right thing to do and that we should do it. Since then, groups of students nationwide have formed a movement to support divestment at major institutions. Pockets of intense student activism have spread worldwide.

Administrations and Boards of Trustees, with some notable exceptions, have been resistant to change. Arguably most Boards see their role as fiduciary in the financial sense, often assuming that their ethical obligation to the wellbeing of future generations is met if the books balance. Board members have little if any understanding of the implications of climate change for the relevance and survival of their institution. The venerable Association of Governing Boards steadfastly refuses to make climate change a teaching opportunity for its membership. Boards are especially responsive to the needs of college and university executives, but rarely do these individuals see climate change as an opportunity for their institution. Indeed, many executives fail to grasp the gravity of climate change, thus creating policies that are seemingly reasonable, but morally inconsistent.

Faculty hold considerable power, but are under assault by regressive politics. Distracted and overwhelmed, they are missing the opportunity inherent in this crisis to demonstrate their value. Although many faculty agree that we face the greatest challenge in the history of our species, they are reluctant to include sustainability in their curricula mostly because it implies too much of a departure from their accepted model of teaching and learning. The natural and physical sciences continue to struggle with integrating the social sciences and humanities with interdisciplinary environmental programs. The leadership of the Association for the Advancement of Sustainability in Higher Education (I serve on the Board of Directors) understands that the curriculum must be transformed, but development of meaningful programming for the academy remains a work in progress.

There are days when I find myself thinking that my only remaining role is to simply bear witness as the unravelling that has begun progresses during my remaining years. Then I remember that there are aspects of our situation that are amazing in their serendipity. Never before in the history of our species has it been possible for us to cooperate on a global scale, which certainly is necessary if we are to be successful in managing our predicament. For the first time in history, information is available for all who wish to understand, thus expanding the opportunity for awareness of global change. It is also astonishing that our plight has arrived at a time when we have the scientific understanding of our planetary dysfunction and the tools to develop solutions. It is clear that for several decades we have had the understanding and means to respond to this global crisis, and there can be no doubt that we are now making considerable progress in distributing clean energy technologies.

Finding personal meaning in this work is only possible through having a long view of events and outcomes. Our goals must be to head off the collapse of civilization and to maintain ecosystem form and function. The results of these efforts will not begin to be realized until the second half of this century. This does not preclude considerable human suffering and loss of precious species along the way. It is arguable that had we begun aggressive mitigation when we first understood the reality of climate change, we might have avoided much of the coming difficulty. History teaches us that this is an unrealistic expectation of human affairs. Thus, we must now aggressively engage in mitigation of emissions from human and natural sources, while proactively adapting infrastructure and ecosystems to shifting climate and extremes in weather. We have the technology and information infrastructure to achieve this, and I believe that the political capacity is coming together throughout the world.

Thus, each day as I speak and write, I make it my goal to help my audience understand the timeframe of this effort and the nature of the work. This work is not for the impatient. It could hold immense promise for those who have been disenfranchised by the present economy. Building a viable future for our grandkids will require a wholesale restructuring of the economy that could put millions to work in alternative energy systems and ecosystem management. The mitigation and adaptation economy that could emerge is a knowledge-based and labor-based economy, rather than an economy based predominantly on manufacturing and technology. What is missing at this point is leadership and vision. I am hopeful that these elements will emerge from the political foment presently rocking the world political scene.

I find that I also acquire meaning through the lives that I touch and my efforts to build community. It is important for me to give hope to those who see the dire nature of our situation and ask for guidance. Hope should not come in the form of false assurances that we can still avoid dangerous climate change. My informed opinion is that we cannot. Instead, I believe that there is hope in building strong communities and connections with each other and with the changing ecology of our planet.

Our technology driven society has fostered a separateness that does not support the fact that we evolved as obligate social primates. To a greater extent than most other organisms, we need each other and this is simply not negotiable. The breakthrough at the Paris talks last December made it clear that we must now collaborate on a global scale, and indeed, this seems to be possible. It is our collective power and wisdom that will determine our success as we face the most significant challenge in the history of our species. I find meaning when I help the person right in front of me to understand the nature of the challenge, and connect that person with others who are facing the future with intelligence and courage.